In 2011, research in Penn State University’s Department of Entomology pointed to some interesting characteristics of Beauveria bassiana, a naturally occurring fungal spore, that seemed promising as a pesticide for use against bed bugs. Dr. Nina Jenkins and Dr. Giovani Bellicanta pursued this research and tried to create a formulation that would be both stable and effective as a commercial product. Early research was encouraged and financially supported by Penn State’s College of Agriculture “RAIN Grant” program.

In the Fall of 2013, Nina and Giovani enrolled in a new entrepreneurial boot camp, the [email protected], that had been developed by Don McCandless at the Ben Franklin Technology Partners of Central and Northern PA. After considering different business models and commercialization strategies, the decision was made to launch a company to pursue this technology. ConidioTec LLC was formed in January 2014 and the underlying technology subsequently licensed from Penn State.

Work continued on the formulation and creating the data needed for the technical dossier submission to the EPA for regulatory review. The EPA registration as a biopesticide was received in April 2017 and by October 2017 Aprehend® was launched as a commercial product at PestWorld 2017 in Baltimore. Pest management professionals responded enthusiastically and Aprehend started selling immediately after the show and hasn’t slowed down since the launch. 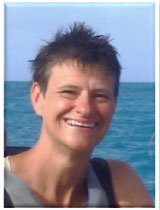 Dr. Nina Jenkins is the Chief Technical Officer and co-Founder of ConidioTec. Nina handles technical service, treatment protocols, regulatory affairs, and advises on product development, production and quality control in collaboration with Giovani Bellicanta. Nina has worked on biopesticide development for over 20 years, having been a key member of the research team that developed the commercial biopesticide Green Muscle for locust and grasshopper control in Africa. As program manager in the final phase of the Green Muscle project, she handled technology transfer and licensing of the technology to Biological Control Products Pty. South Africa, now owned by BASF.

Dr. Giovani Bellicanta is the Chief Operating Officer, responsible for product development and manufacturing. Giovani worked as a researcher in the R&D department of Itaforte BioProdutos, a Koppert Biological Systems company in Brazil, with leadership in biological control agents of agricultural pests and diseases. With over 10 years of experience on the research and development of new products, quality control and field tests, Giovani is ideally qualified to oversee the design and day-to day running of the ConidioTec formulation facility.

Mr. Stuart Fain is the President of Owl Pest Prevention, one of the largest independent pest control companies in the Maryland/DC/VA area. Stuart is a specialist in bed bug remediation and key business advisor to the ConidioTec team. 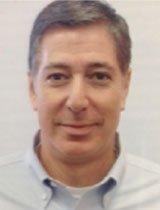 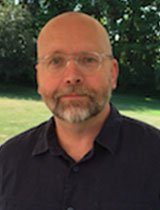 Dr. Matthew Thomas has >25 years of experience in biopesticide research and currently leads multiple research programs related to biopesticides for different insect pests at Penn State. Matt acts as a scientific advisor and collaborates on the introduction of new target pests and markets emerging from his research group at Penn State.